Oyogist.com gathered that the visit was to condole with her over the death of her husband.

The APC leader was accompanied by Elegushi of Ikateland, Oba Saheed Ademola Elegushi.

Ajimobi, was on a life support machine at First Cardiology Hospital in Ikoyi, Lagos, after slipping into a coma following Coronavirus complications, died last month.

He had since been buried according to Islamic rites.

He tweeted, “We regret the death of immediate past Governor of Oyo State, Senator Abiola Ajumobi who passed on June 25, 2020 at First Cardiologist Consultant; a private COVID-19 approved care facility in Lagos State.” President Buhari Counsels New Emir of Zazzau, Urges him to be a Leader for All

President of the Federal Republic of Nigeria, Major General Muhammadu Buhari (retd.), has counselled the new Emir of Zazzau, Ambassador Ahmed Bamalli, urging him to be the leader of all while congratu
Read More As the protests to end Special Anti-Robbery Squads brutalites and killings continue in the country, popular veteran journalist on TVC has reacted to President Muhammadu Buhari and Vice President's sta
Read More 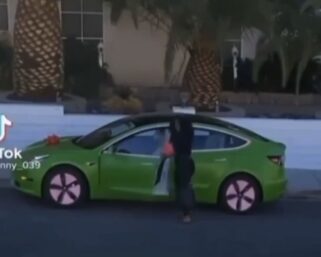