The immediate past managing director of the Niger Delta Development Commission has narrated how she was rescued from heavily armed policemen who wanted to arrest her without a warrant of arrest, oyogist.com reports.

Nunieh, who spoke at the Government House in Port Harcourt on Thursday, said the heavily armed policemen tried breaking the security door to her residence before the governor came in and ordered them out of her premises.

The former NDDC MD explained that she had earlier called the governor to inform him about the invasion of her residence by policemen, adding that Wike came to her rescue at the point the policemen were still trying to pull down the security door leading to her room.

“Before, I asked them of their warrant of arrest and they said they didn’t have any. I then said I cannot go with any of the policemen. I need to see the warrant of arrest. We are not in a banana republic.

“So, my governor came and sent them out; and said why would they come to arrest a woman like an armed robber? My governor told them that they should leave the compound. I am safely here with my governor in Government House, Port Harcourt.”

She added that she was preparing to go to Abuja to give her submission to the House of Reps Committee before the police raided her house.

Tiyamu ‘Kaka’ Kazeem, the assistant captain of Remo Stars Football Club (RSFC) has allegedly been killed by a policeman from the Special Anti Robbery Squad (SARS) from the Ogun State Command. The defe
Read More
February 10, 2021109

According to reports reaching Oyogist.com, a Nigerian man, Omodamwen Kelly has been recognised for his creativity as he uses spark plugs used by cars, bikes and generators to make amazing sculptures.
Read More

Why I Agreed To Sell Nigerian Crude Oil To A Company Accused of Fraud – Minister of Justice, Malami

According to report reaching OYOGist.com, Nigeria's top lawyer and Minister of Justice, Abubakar Malami, has allegedly said that his approval of the sale of recovered barrels of oil to oil companies i
Read More 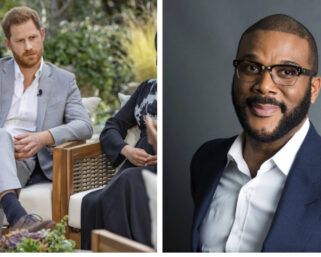