A deaconess, Mrs. Yemi Awolola, has been arrested in Kaduna after evidence was found that she repeatedly maltreated a 14-yr old girl, Princess, OYOGist.com reports.

According to reports, Mr. Oyewole, Princess’s father handed the girl to the deaconess with hopes that the girl will live a better life, going to school and learning as much as she can from the deaconess.

The opposite was the case as Mrs Yemi began to maltreat Princess in the worst possible manner. Yemi made Princess sleep in the toilet and gave her a cup so she may drink from toilet water when thirsty, she would over work the girl even though she had five children of her own.

The deaconess monitored Princess closely such that she couldn’t talk about her true experiences with her family whenever she got the chance to speak with them on the phone. Deaconess would tell Princess to only speak in English so hears all her conversation.

After a year of Princess’s family not seeing her, her uncle told the the deaconess and threatened that it’s imperative they see Princess.

This was when Deaconess began cleaning wounds she has inflicted on Princess all over her body, even Princess’ private parts. She allegedly burnt her privates with fire while her kids held Princess down.

OYOGist.com has learned that the former Acting Managing Director at the Niger Delta Development Commission (NDDC), Joy Nunieh has alleged that she was pressured to spend the sum N10 billion as Christm
Read More 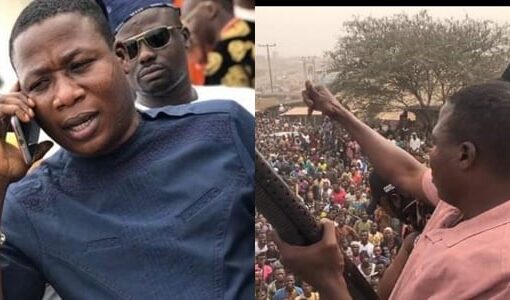 OYOGist.com reports that the House of Representatives have ordered the Inspector-General of Police, Mohammed Adamu, to immediately arrest the Acting Managing Director of the Niger Delta Development Co
Read More