It was a moment of jubilation and excitement in Igboho, Oorelope Local government as the Oyo State Government has ordered the payment of the entitlements of the Alepata of Igboho, Oba Joel Olalere Olawuwo which has not been paid since July, 2019.

This was stated in a letter dated 9th June 2020 and signed by the Director of Chieftaincy Matter, Opatunmbi Femi Lawrence, the letter reads, “His Royal Majesty, Oba Joel Olalere Olawuwo, the Alepata of Igboho and Permanent Chairman, Local Government Traditional Council on the pay-roll of Oorelope Local Government Council and the addition of his name to the pay-roll of the Oyo state Council of Obas and Chiefs with effect from 1st August, 2019 and commencement of monthly statutory meeting of the traditional council of Oorelope Local Government.”

Expressing his joy on this development at his palace in Oba-ago area of Igboho, Oba Joel Olalere Olawuwo appreciated Engr Seyi Makinde, the Executive Governor of Oyo State for being a true leader of the people and he promised that he will continue to support his government.

According to the King, “the almighty God will continue to guide the Governor in all his endeavors towards restoring the glory of Oyo state and make his administration a remarkable one.”

In their own words, Mr Gbolagade Simeon, the Chairman of Oke-ogun Youth Solidarity Forum and his Secretary, Mr Adelere Atanda expressed their delightfulness that the State responded to the yawning of the people of Ighoho and Oke-ogun at large. They assured the Governor of their unflinching support for all his activities.

Few weeks earlier, there was an exclusive report about the concern of the Oke-ogun Youth Solidarity Forum calling on the Oyo State Government to take actions on the payment of Alepata of Igboho. Oyo state government distributes 1,108 computers to Ministries, Department and Agencies to improve E-governance in the state

According to report reaching oyogist.com, the oyo state government has distributed 1,108 computer system to all ministries, department and agencies in the state to improve the e-governance plan of the
Read More The Oyo State Governor, His Excellency Governor Seyi Makinde has released a new date and requirements for school pupils and higher secondary schools' resumption in the State, OYOGist.com has gathered.
Read More 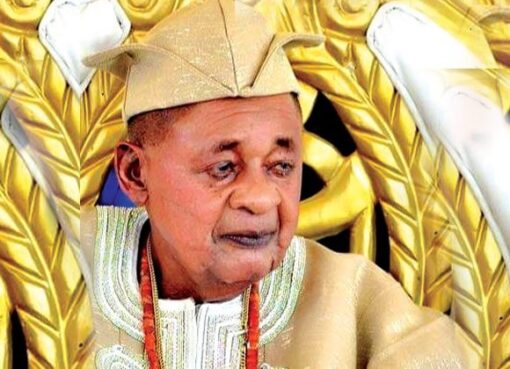