The renewed boundary dispute between the people of Ishinkwo and their neighbouring community, Abaomege, both under Onicha Local Government Area of Ebonyi State, has claimed four lives.

Also, properties worth millions of naira were destroyed when armed youths from Abaomege reportedly stormed Ishinkwo around 8:00am on Saturday, shooting sporadically at villagers.

Oyogist.com gathered that both communities have been locked in a land dispute that had claimed hundreds of lives and property worth several millions of naira for several years.

Efforts of successive governments at demarcating the disputed land had proved abortive.

The attack forced hundreds of residents of the area to flee the community.

A resident of Ishinkwo, who spoke with SaharaReporters, said tension was still high around the area with fears of repeated attacks and counter attacks among the people.

“Four people were killed, the tension here is still high. Police officers and army operatives came here yesterday but left after few minutes and asked the people to take care of themselves,” a resident said. Social Media Influencer and radio host, Toke Makinwa, has reacted to news of Camcorder found at the Lekki Toll Gate by the Minister of Works and Housing, Babatunde Fashola, while he inspected the prem
Read More The policemen involved in a viral video that showed three police officers beating and threatening to shoot a young man, identified as Justice Obase have been paraded.
Read More 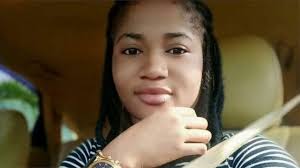