An unspecified number of people were said to have been shot dead in a bank robbery attack in Isanlu, Kogi State, on Thursday.

A source, who spoke with SaharaReporters, said that the robbers stormed the bank few minutes after closing hour, shooting sporadically and killing many customers and staff in the process.

The robbers were said to have succeeded in the operation and carted away a huge amount of money.

Details of the attack is still sketchy as at the time of this report. 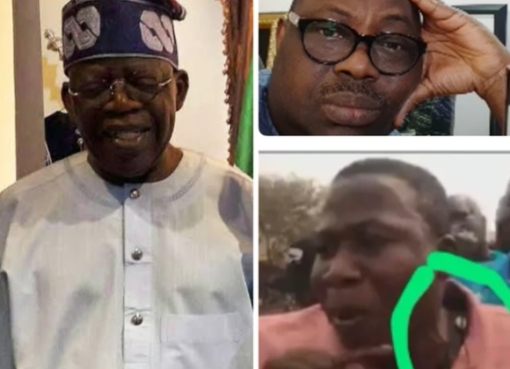 According to report reaching oyogist.com, popular Yoruba activist, Sunday Igboho, has today, made it known in an interview with Ovation International boss, Dele Momodu, that the APC National leader, A
Read More According to Reports reaching Oyogist.com, Billionaire Daughter of Femi Otedola, DJ Cuppy has been gifted with three new iPhone 12 Pro Max by her noble fans. Oyogist.com recalled that one week earlier
Read More

According to report reaching OYOGist.com, Manchester City have won their appeal against a European ban and will be free to play in next season’s Champions League. The Court of Arbitration for Sport (C
Read More