The Central European country has declared victory over the coronavirus epidemic, becoming the first country in Europe to win the battle against coronavirus, OYOGist.com has learned.

Europe is the most affected continent in terms of the number of cases recorded. Slovenia, a Balkin country in Central Europe became the first to declare its domestic coronavirus outbreak officially over.

On Friday 15th of May, Slovenia’s government declared that its COVID-19 epidemic is over after the National Institute of Public Health said in a statement that “all indicators point to a slowdown in the spread of the virus in the population.”

Data from the country’s Health Ministry revealed that only one new case of COVID-19 was confirmed on Thursday, 14th of May and there were no recorded deaths.

Prime Minister Janez Jansa told the country’s parliament that the nation “has the best epidemiological picture in Europe.”

The country will still keep most of its measures geared towards keeping the virus at bay, while relaxing border restrictions that prevents citizens from other countries from importing it.

On Tuesday, the 19th of May, Croatia became the first country that Slovenia will open its borders to and allow travelers to come in without the mandatory quarantine.

Other measures, such as a ban on public gatherings would remain in place until a review on 31st of May. Wearing of face masks in public is still mandatory.

OYOGist.com gathered that the country’s Economy Minister Zdravko Pocivalsek and Hungarian Foreign Minister Peter Szijjarto both discussed plans for reopening borders between the EU member-states that have similar epidemiological circumstances.

The Nigerian Centre for Disease Control (NCDC) has announced a rapid surge in the number of COVID-19 cases, as it recorded 1,064 new cases of COVID-19 on Saturday. The public health body, on its verif
Read More 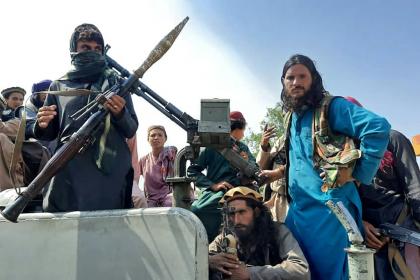 Oyogist.com has learned that the United States have reportedly spent $300 million per day on the Afghanistan-Taliban war. The situation in Afghanistan has recently taken a turn for the worse as the Ta
Read More “As long as I an President of the United States, Iran will not be allowed to have nuclear weapon” Trump

President Donald Trump has vowed to prevent Iran from possessing Nuclear Weapon, as long as he remains the President of the United States.
Read More