According to reports reaching OYOGist.com, there are 70 coronavirus vaccines in development worldwide, and three candidates are already being tested in human trials , the World Health Organization reported, as drug makers rush to find a cure for the deadly pathogen.

The most advanced in the clinical process is an experimental vaccine developed by the company CanSino Biologics Inc (which is listed on the Hong Kong stock exchange) and the Beijing Institute of Biotechnology , which is already in phase 2 .

The other two that are being tested in humans are treatments developed separately by US pharmaceutical companies Moderna Inc. and Inovio Pharmaceuticals Inc., according to a WHO document.

There is even talk of a possible arrival for this year. Sarah Gilbert, a professor of vaccinology at the University of Oxford , is working on a coronavirus vaccine and could possibly be ready for public use by the European fall (September), the London newspaper The Times reported.

“That is almost possible if everything goes perfectly. We have to go for it. No one can give guarantees, no one can promise that it will work and no one can give a definitive date, but we have to do everything we can as fast as we can, “said the scientist in an interview with the British newspaper.

The group has already developed a first version of the vaccine that will be ready to enter clinical trials in two weeks . For Gilbert, his vaccine has an 80 percent chance of success . In order for a vaccine to be released in September, millions of doses would have to be made even before these studies are completed.

Gilbert wants his government and governments around the world to invest hundreds of millions to make this happen, something they have been reluctant to do in the past.

“Vaccines do not receive enough investment. They are the most cost-effective healthcare intervention, but are overlooked. Many of us have been saying for years that we need more vaccines against these outbreak pathogens and that we have to be able to move faster when there is a new pandemic, “he insisted. CACOVID reacts to the looting of palliatives across the country.

According to report reaching oyogist.com, The Coalition Against COVID-19 (CACOVID) has reacted to the looting of palliatives in different states. CACOVID is a body of private sector players comprising
Read More 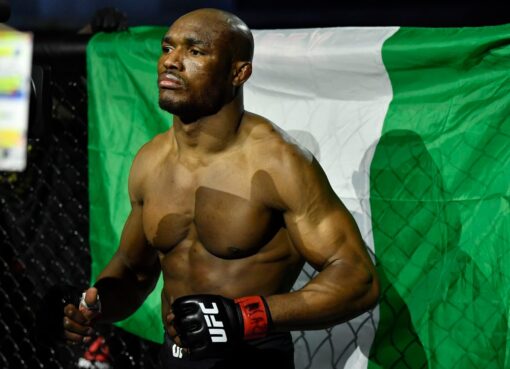 Kamaru Usman has knocked out his opponent, Jorge Masvidal, in the pay-per-view (PPV) main event of UFC. Masvidal got round two started with an inside leg kick then lunged in with hard right hand, whic
Read More Manchester United have been thrown into mourning as their former defender and club legend, Tony Dunne dies at the age of 78. Dunne who played as a left fullback during his illustrious career was part
Read More