The former governor of Central Bank of Nigeria was removed on Tuesday after a prolonged rift between him and the governor of Kano State. This act is seen by many as something that cannot happen to any first class monarch in Yoruba Land.

In an attempt to intervene and subdue the current clash of interests between the governor of Ekiti State and the “16 Obas” known as “Pelepele”, Alaafin forwarded a letter to Dr Fayemi advising him to tow the path of peace by not imposing the “surbodinate” King over his superiors.

In paragraph 10, the letter reads “…whereas some races see deposition and installation of traditional rulers as mere administrative routine with executive fiat all in open glare, that is not so in Yoruba Land”.

This is an indirect shot aimed at Ganduje to show displeasure to how traditional institution has been subjected to ridicule in some parts of the country whereby a sitting governor can just wield power and remove any King at will.

It would be recalled that Ganduje had since replaced Sanusi with Aminu Ado Bayero as the new Emir of Kano. The federal government has ordered truck parking and trailers in Lagos-Ibadan Expressway to vacate with immediate effects.The government lamented that pouring used oil products is capable of destroyin
Read More Gunmen have kidnapped a retired senior officer of the Department of State Services, Peter Unogwu, popularly known as Naraguta, in Benue State. The victim, who operates a hotel in Igumale, headquarters
Read More Kwara State Governor, AbdulRahman AbdulRazaq has relaxed the earlier imposed 24-hour curfew on Ilorin, after a meeting with heads of security agencies on Sunday night. The curfew would now be from 6p.
Read More 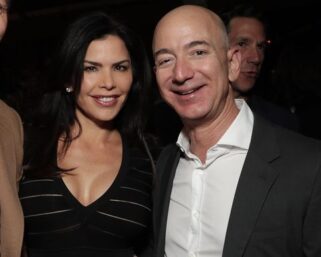