Former Nigerian International, Odion Ighalo on Sunday, arrived at Manchester, England from China following the announcement of his deadline day loan transfer to Manchester United from Shanghai Shenhua for the remainder of the season.

Ighalo who already has 55 Premier League appearances under his belt already, scoring 17 top-flight goals during his three-year spell on the books at Watford, has described his move to Manchester United as a ‘great opportunity’ following his surprise move to Old Trafford.

Taking to his Twitter account today, Ighalo shared the first photos of himself with officials at The Lowry hotel in Manchester. 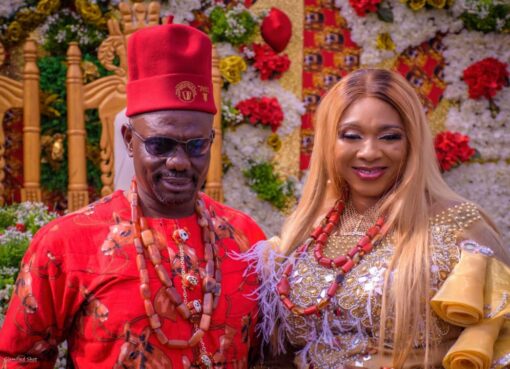 It was the climax of glamour, pomp and pageantry as Dr Kevin Chukwumobi, MD APAMS funeral LTD celebrated his birthday on the 26th December, 2020. The carnival like event was massively attended by the
Read More Disqualified Big Brother Naija star, Tacha Akide, in a new post has expressed her love for Nigerian musician, Tekno. The reality TV star, took to her Twitter account to reveal that she has a soft spot
Read More