As the year comes to an end, we get to a point where we take a deep, reflective look back into how the year went. We may, at that point, need to take account of those that impacted us the most. In both positive and negative ways.

YNaija has decided to look into the latter. This is they’ve done by putting together a list of some ten of the worst Nigerians in 2019.

Some of these people were eventually exposed to be totally different from the character they have projected to the world.

Below is the list of 10 worst Nigerians according to YNaija.com.

Denja Abdullahi, the President of the prestigious Association of Nigerian Authors (ANA) made the list for his poor treatment of Ernest O. Ògúnyemí, winner of the Prose Prize for young writers (a title that comes will a sum of N100,000).

The Made Men Music Group boss has made this unpopular list because of events in the past bordering on dealings with members of his Tripple MG record label.

We don’t know why Mr Okeke isn’t actually #1 on this list. A promising young entrepreneur who has made it to the prestigious and coveted cover of Forbes magazine.

Obinwanne was the dream entrepreneur and business mogul until his shady scamming business and frauds came to light.

Oluremi Tinubu was the former first lady of Lagos state and a current member of the Nigerian Senate. Her campaign efforts in the general elections where she stoked ethnic tensions, and her efforts in protecting her colleague Elisha Abbo during her investigation in his case.

Freedom of expression continues to come under threat in Nigeria, and no group of persons is as responsible for this imminent danger as Sabi Abdullahi and Mohammed Sani. Both of them are championing the hate speech bill and the internet falsehood and manipulation bill.

Rodney Nathan chairs the Adamawa State chapter of Nigeria Union of Teachers. He famously said a teacher facing allegations of raping and impregnating a 12-year old student was falsely accused because they were in a relationship, and the girl was not in fact raped.

Glory Osei and Muyiwa Folorunsho are a couple whose bad business practices got leaked on Twitter. The entire debacle created a fiery firestorm with countless fraud victims recounting their experiences.

The people most irritated are Glory’s army of female feminist fans that were disappointed to find out Osei was actually a Mrs and not a single lady that has no need for a man as she pretended to be.

The arrest and continuous illegal detention of presidential aspirant and publisher of Sahara Reporters Omoyele Sowore would perhaps go down in history as how tolerance is defined in Buhari’s government.

The man that spearheads the institution doing the most in this situation is Yusuf Magaji Bichi.

Elisha Abbo became a subject of national discussion after he was caught on CCTV physically assaulting a lady in a sex toy shop. To make the situation worse, Abbo was in the company of police officers and is currently a senator representing Adamawa North.

If that wasn’t enough, Elisha Abbo is a major proponent of the hate speech bill that has caused a lot of storms online.

Fatoyinbo is a well-respected preacher and the head of Commonwealth of Zion Assembly (COZA), well until allegations of rape started tainting his image.

How this man of God wrestled with the “devil” that tries to take him down and the several other accusers who kept coming at him would go on to define him in 2019.

Head over to YNaija to read the full report on the people that made the list https://ynaija.com/ynaija2019review-biodun-fatoyinbo-glory-osei-elisha-abbo-the-10-worst-people-of-2019/ The Ohanaeze Youth Council has publicly warned the Abia State Commissioner of Police, Mr Ene Okon, to ensure that his men stayed away from the burial of Eze Israel Okwu Kanu and Ugoeze Sally Kanu, par
Read More 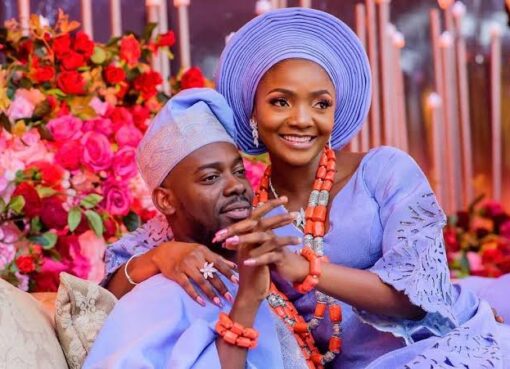 Oyogist.com has learned that a Nigerian gossip blog, Gistlover has caused controversy on social media, after it alleged that singer, Adekunle Gold cheated on his wife, Simi. Gistlover uploaded some ph
Read More
December 21, 20190273

Tweet and delete: Jemima drags man on Twitter for being engaged 10 months after she turned him down

Jemima, a beauty therapist on Twitter has come under fire for dragging a man who she said was “aggressively toasting” her on Titter for getting engaged to another lady ten months after she said no.
Read More